As of Tuesday, October 11, 100 percent of the water leaving the Sweeney Plant is being treated by the new GAC filters. Testing has detected no PFAS, including GenX, in drinking water treated at the Sweeney Plant and distributed to customers. CFPUA will continue its ongoing program to monitor PFAS levels in raw (untreated) and finished (treated) water at Sweeney. Results are posted in the link to the left. 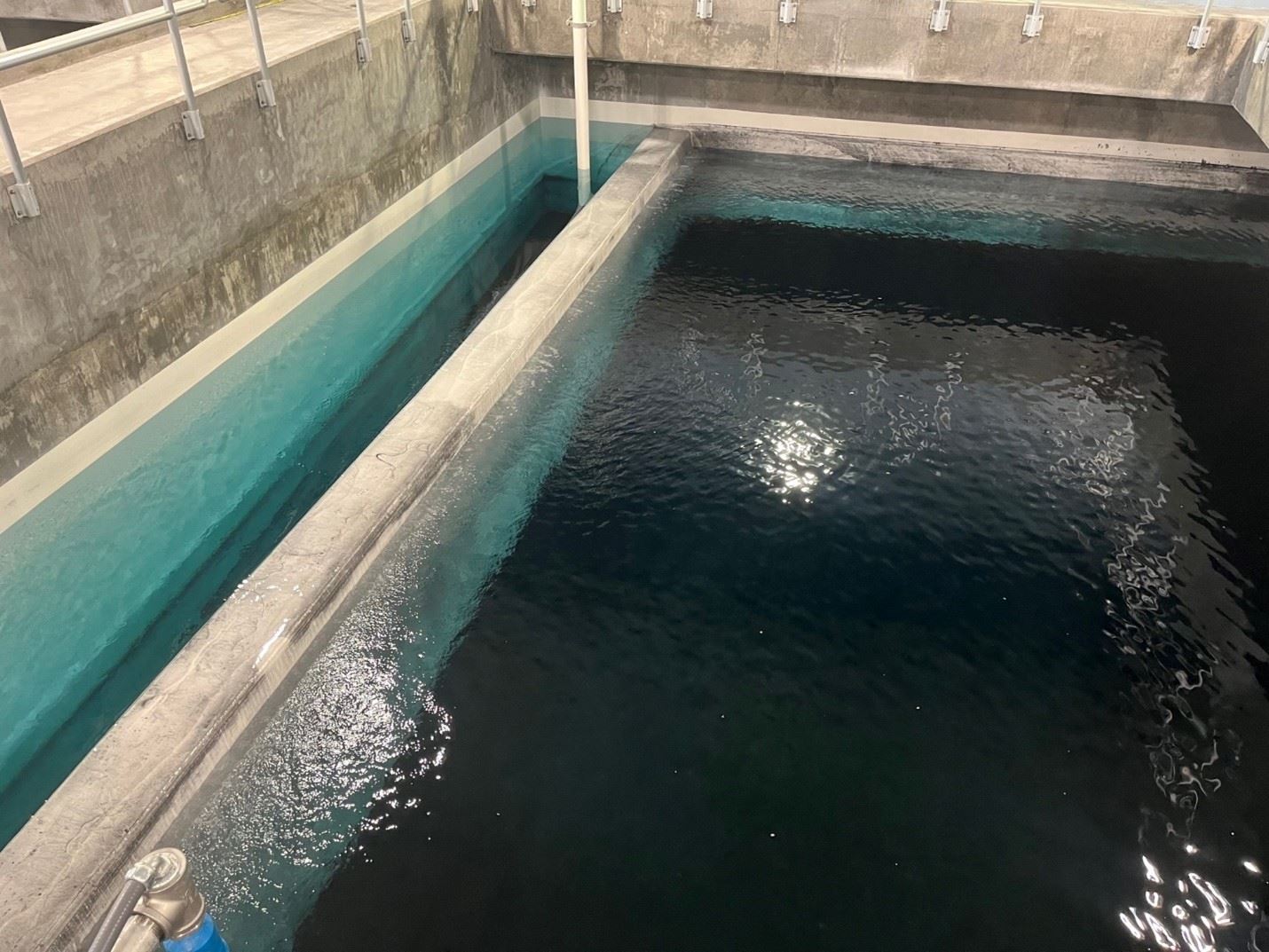 One of eight deep-bed GAC filters at the Sweeney Water Treatment Plant.

While construction is still ongoing on parts of the project, work is expected to be completed by the end of 2022.

The Sweeney Plant provides drinking water to approximately 80 percent of CFPUA’s customers, sourcing water from the Cape Fear River. The new filters at Sweeney contain almost 3 million pounds of GAC and is believed to be the largest GAC public water treatment facility in North Carolina.

This project to add water treatment technology to the Sweeney Plant that effectively removes PFAS compounds has been years in the making. Read below and check the links on the left to learn about the project’s history, the Sweeney Plant, PFAS, and more.

The GAC filters emerged as the best option for Sweeney to reduce GenX and other PFAS compounds in the river following an extensive pilot study that also examined reverse osmosis and ion-exchange media. Models have shown that the new GAC filters will be very effective at removing Chemours' PFAS compounds in water sourced from the Cape Fear River, reducing GenX close to or at levels where it cannot be detected in treated drinking water.

The PFAS found in the Cape Fear result largely from decades of releases by Chemours and DuPont from their chemical plant on the Bladen-Cumberland county line, about 100 miles upriver from Wilmington.

The CFPUA Board awarded a $35.9 million contract to Adams-Robinson Enterprises Inc. for construction of the project. It is being funded through the sale of revenue bonds.

Annual operating costs for the new filters are estimated to be $3.7 million for Fiscal Year 2023 and at least $5 million in subsequent years.

As Chemours and its predecessor DuPont are largely responsible for the PFAS compounds that continue to be found in the Cape Fear, CFPUA has filed a federal lawsuit to recover costs and damages related to the companies’ releases from their chemical plant.

Resolution of the lawsuit likely is several years away, and it is not possible to predict what that might entail, including any monetary award.

CFPUA is public entity, funded by ratepayers and operating without any profit. CFPUA customers would be the beneficiaries of any award received from the lawsuit.