What are the upgrades?

Eight new granular activated carbon filters are being added to Sweeney Water Treatment Plant, which draws water from the Cape Fear River and provides about 80 percent of the drinking water distributed to CFPUA customers. The CFPUA board awarded a $35.9 million contract to Adams-Robinson Enterprises Inc. for the construction of the project. Construction is to begin in November 2019. 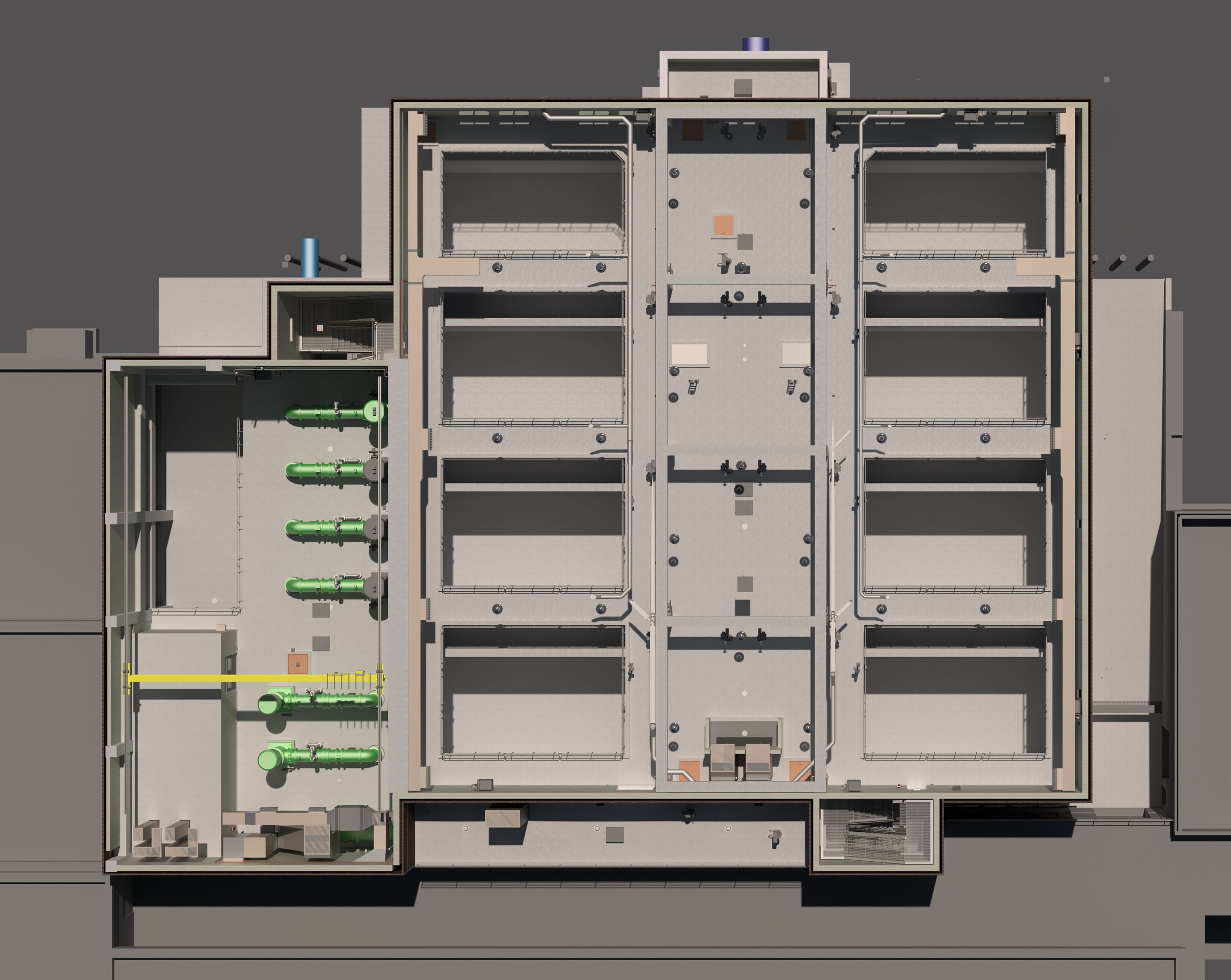 What is granular activated carbon or GAC?

Granular activated carbon consists of tiny particles of carbon. It works through a process called adsorption, with a “d” as opposed to the more commonly known absorption, with a “b”. Absorption is how a sponge works: Compounds you want to remove are distributed throughout the absorbing material. In adsorption, the compounds you want to remove bind to the surface molecules of the adsorbing material. And GAC offers an astounding amount of surface area: One pound of GAC has more than 35 acres of surface – almost 100 football fields’ worth.

Why granular activated carbon? Why not reverse osmosis?

Early in the study, reverse osmosis was set aside for several reasons, including:

Synergies with Sweeney’s current filters: With technologies such as ozone, ultraviolet, and biofiltration, Sweeney already is considered one of the best water treatment plants in North Carolina. The water treatment processes at Sweeney have been harmonized to effectively filter constituents such as disinfection byproducts and 1,4-dioxane and to prevent leaching of lead in older pipes in the homes and businesses of its customers. The GAC filters offered an option that reduces PFAS while enhancing the water quality produced at Sweeney.

Water use: CFPUA has a limited allocation of water it can draw from the river. Reverse osmosis typically uses more raw water than other filter technologies to produce same amount of drinking water. Adding reverse osmosis to Sweeney could have limited its ability to meet our long-term water needs.

Expense: Building reverse osmosis filtration would cost more than three times as much as the GAC upgrades, and annual operating costs would increase by more than 60 percent.

Ion-exchange proved to be too targeted – effective at removing some PFAS, but not a broad range like GAC.

In the end, GAC emerged as the best long-term solution for CFPUA and its customers, offering reduction of a broad range of PFAS, flexibility, and cost-effectiveness.

How much of the PFAS compounds will be removed from the raw water?

Models developed during the pilot testing indicated we could reduce PFAS levels by 90 percent. We plan to replace the GAC every 400 days. That replacement will be staggered, with changeouts happening on a few beds at a time. GAC provides a significant amount of flexibility, so we will be monitoring performance and making adjustments to maximize efficiency.

What will happen to the GAC at the end of its useful life?

GAC removed from our beds will be sent offsite to undergo a process called regeneration: It will be subjected to extreme heat, which destroys the PFAS that was absorbed while retaining most of the carbon. Regenerated GAC can then be returned to service, with the same adsorbent capacity as if new.

How much will this cost to build and how is it being paid for?

Total project costs, including engineering and construction, are estimated at $43 million. Those costs will be financed through the sale of revenue bonds. Paying off the bonds related to funding this project will result in an increase of $4.42 on an average customer’s bimonthly bill.

Will the new filters cost more to operate?

Yes, operating costs for the new filters are estimated at $2.9 million per year.

When will these new filters go online?

The current timeline calls for full operation to begin in mid-2022.

Will CFPUA do anything until then to reduce PFAS compounds in the water?

We already are. CFPUA already has GAC filters. They are significantly smaller than the ones that will be constructed, however, and have been operated in a different manner. The existing GAC filters have been used in biological mode, where biofilm is allowed to form, enhancing Sweeney’s ability to remove disinfection byproducts, 1,4-dioxane, and other constituents. They can be used to achieve some PFAS reduction, however, if the GAC media is replaced more frequently.

In late 2018, CFPUA began a program to replace the GAC in the existing filters a few at a time. GAC is being replaced in seven of the 14 in November and December and in the remaining seven in March and April. Recent sampling has indicated that work has been successful in reducing levels of PFAS compounds.

This phased replacement strategy will continue until the new, deeper GAC filters come online in 2022, but it isn’t suited as a long-term solution, given the limited PFAS removal and our need to retain the benefits from operating the existing filters in biological mode.

Once the new filters begin operating, the existing 14 that had served as an interim measure will be returned to full biological mode, requiring less-frequent replacement.

Why aren’t the companies responsible for the PFAS compounds affecting the water paying to address this problem?

CFPUA has been asking that question since 2017, when Chemours representatives told our community that operations at its Fayetteville Works plant had been discharging PFAS compounds to the Cape Fear River. Those discharges also occurred under DuPont, which created Chemours, and dated to about 1980.

CFPUA believes Chemours and DuPont should be taking financial responsibility for the results of their decades of PFAS releases. As the companies have yet to own up to that responsibility, CFPUA has filed a lawsuit in federal court seeking to force them to pay. That lawsuit is pending.

What would happen if CFPUA won its lawsuit against Chemours and DuPont?

Although the outcome of that lawsuit remains uncertain, a plan under consideration would place any monetary award to CFPUA in a trust to fully or partially fund payoff of the bonds, which would allow CFPUA to reduce customers’ rates proportionately.

Why not wait to see what happens with the lawsuit?

The outcome of any lawsuit is uncertain, from the verdict to any potential award. Resolution also may take a significant time, likely several years. Moving forward is the right decision for the community, now and in the future, regardless of what may happen with the lawsuit. We are building these upgrades to reduce PFAS compounds that are in water we draw from the Cape Fear River. Those PFAS compounds are likely to remain in the river for years to come.

Research into human health effects from PFAS has been limited, focused mainly to older compounds such as PFOA and PFOS. For those, scientists have sufficient data to state they pose a number of risks to human health, including effects on the liver, development, and immune system, and they may be carcinogenic.

Less data exists for “short-chain” PFAS such as GenX and the other PFAS tied to Chemours and DuPont, but the volume of data grows daily and leads researchers to believe these may pose similar health risks to humans.

Dr. Jamie Dewitt, an associate professor in the Department of Pharmacology & Toxicology at East Carolina University, has said: “Taking steps now to reduce exposure to all PFAS as much as possible will reduce the probability of health effects from long-term exposures.”